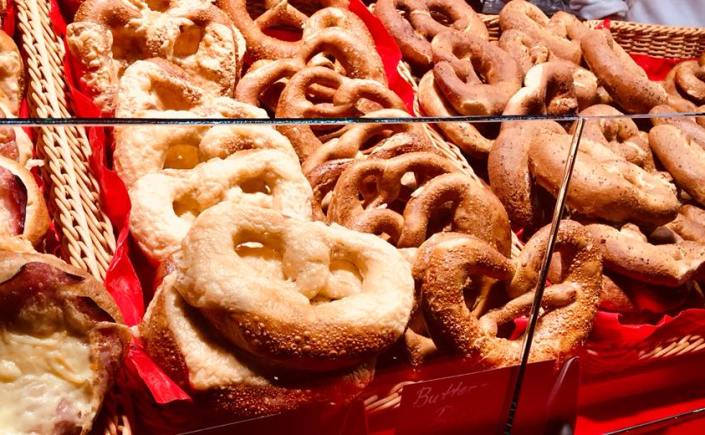 Sorry it’s been so long PSGers, life is super busy with work and my Muggle life. While I’ve been on a few more adventures since my last entry, I wanted to share with you my quick trip to Nuremberg Germany that took place the first weekend of December.

For those that don’t know, NOBODY does Christmas like the Germans. In almost every town, the town square sets up their Christkindle markets in December featuring seasonal foods, artisanal crafts, holiday decorations and Gluhwein stalls that offer a wide array of hot mulled concoctions made of fruit juices, spices and various alcohols that’ll keep you warm and toasty on a cold night. 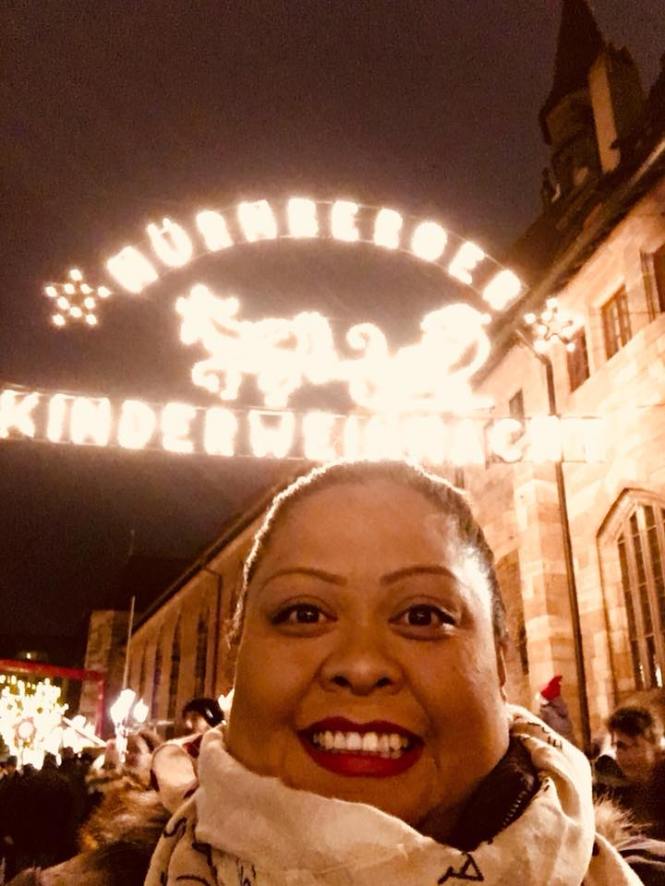 I made my decision to go to Germany at the very last minute and decided to do a solo weekend trip flying out on a Friday afternoon, arriving on Saturday morning and departing back to Los Angeles on Monday afternoon. Many of you (and my husband to boot) think that is a crazy travel schedule but it was a perfect amount of time to spend in the little town of Nuremberg. Plus, I’ve been to Germany before and know how easy it is to move around the country using the train and metro systems. Pro-tip: try and travel light with just a carry-on as overhead luggage space on trains can get full quickly.
From LAX, I flew up to San Francisco to take a direct flight on United Airlines to Frankfurt. The nine and a half hour flight was pretty amazing as it was new plane with seemingly limitless in-seat entertainment and I had aisle with empty middle seat so my row mate and I could stretch out a bit. After dozing in and out, I woke up on Saturday morning and I’ve arrived at Frankfurt airport. It’s a bit of a walk through the airport to customs but it’s nice to move your legs after being stuck in a seat for so long. After you exit customs and baggage claim, I walk through the underground mall towards the attached long-distance train station. I’ve got to give it up to the efficient Germans, the Frankfurt airport has multiple attached hotels, conference center, long distance train station, subway and bus station attached as well as a plethora of sit-down and take away food options plus a small grocery store.
As you enter the long-distance train terminal which is directly across the Terminal 1 international arrivals, there are multiple ticket machines and a customer service desk for Deutsche Bahn (DB), Germany’s national rail line or your can opt to purchase your tickets via the DB mobile app. Trains to Nuremberg run about once an hour, to make life easier be sure to book a direct train so you don’t have to hassle with connector trains. I purchased a second class ticket with a reserved seat, about a two hour trip from Frankfurt airport. Pro-tip: during high travel season, pay the extra $5.00 to secure a seat number or you may be standing the whole way to your destination. My window seat allowed me to take in the vast, snow-covered trees and towns, such a beautiful change from the Los Angeles landscape. 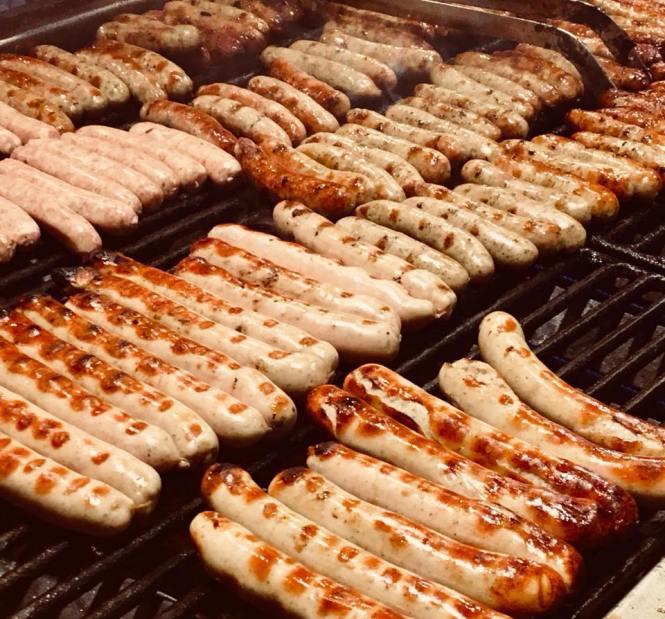 I arrive at Nuremberg Central Train Station a little after 2pm and head directly to the Intercity Hotel, just a half a block from the station. Pro-tip: if you’re only going to be visiting a city for a short time, book a hotel close to the central train station as it usually has the local subway attached, food options and you don’t have to schlep your luggage far. I unpack, shower while I wait for nightfall then use the metro pass included with my hotel room to take the U-bahn (subway) from Nuremberg Hauptbahnhof (Train Station) to the Lorenzkirche station that lets you out in the middle of the Christkindle market. I’ve been to a German Christkindle market before but the medieval walled Nuremberg was always on my Christkindle market bucket list because it’s one of the oldest and only sells items made in Germany (no-massed produced items from China or other places). The 180 stall market sprawled throughout the city center but had two very distinct areas, the kindermarkt (children’s market) and the Hauptmarkt (main market). As I was there during the opening weekend of the Christkindle market, is was jam-packed full of locals and tourist alike so I followed my nose to the one of the famous food stalls in the Hauptmarkt that sold the locally made mini bratwurst sausages and enjoyed three in a crusty roll while walking the aisles. My next stop was a Gluhwein stall where I had a hot cup of spiced booze-juice while hanging out with another American tourist family. Pro-tip: talk to strangers, there are lots of lovely locals and tourists to meet but be safe and don’t give out too many personal details. There are so many amazing hand-made Christmas ornaments and gifts, I had to refrain from spending all my Euros and head over to one of the many sweet stalls and enjoyed a fresh lebkuchen (gingerbread) cookie while soaking up the beautiful Christmas lights and music. I made my way over to the kindermarkt and it featured a carousel and mini Ferris wheel, a cabin where the kiddos can meet Santa as well as lots of sweet stalls full of chocolates, candied fruits and nuts and ooey gooey marshmallow and chocolate treats. Stomach full and sleepy, I head back to the hotel for a good night’s rest. 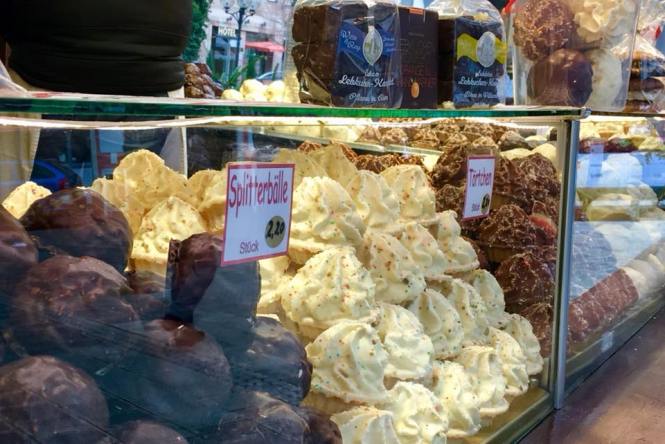 I woke up fairly early on Sunday, shower, re-pack and check out of the hotel and ask the staff to hold my luggageI put on my hat and gloves, walk to the train station and grab a quick breakfast of a beef sausage in a crusty roll then head over to the above-ground tram station and jump on a tram to my destination. The other reason why Nuremberg was on my bucket list is because of the role the city played in World War II. As many of you know, the Nazi trials were held in Nuremberg and there are still remnants of the old Nazi facilities in the city. The Nazi rallying grounds used as the gathering place and filming sight of many of the propaganda videos is now a beautiful park and the unfinished documentation center is a museum documenting Hitler’s rise to power. When I arrive at the Documentation Center, the first thing of note is the sheer size of the exterior. While the museum is housed in only a portion of the building, the massive exterior is overwhelming and made me feel so small and insignificant. As I walked through the permanent exhibit, Fascination and Terror, I had a barrage of feelings including sadness, disgust, fascination and fear for America’s future as I learned about Hitler’s path to dictator and the parallels we are seeing in our current political leader’s rise to power. 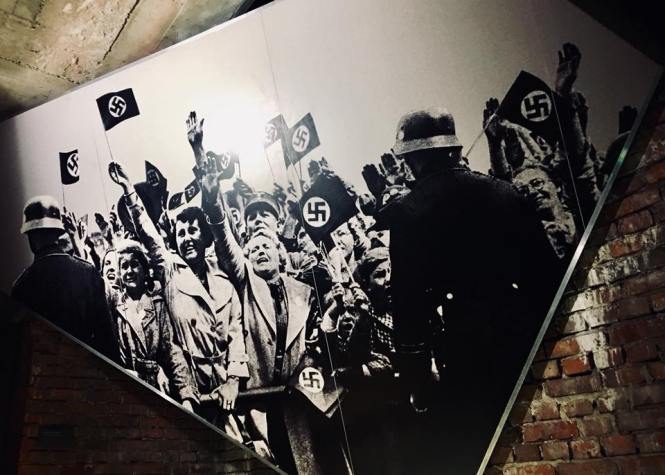 After spending about three hours at the Documentation Center, I head back to the Christkindle market for another mini sausage sandwich and buy souvenirs for friends and family, grab my bags from the hotel and wait for my train back to Frankfurt Airport. Remember what I said about paying the extra $5 for a reserved seat? The 4:30pm train I was on was so full that no second class seats were open and people were standing in the common areas during the trip. Don’t be cheap travelers, standing for over two hours is not fun. 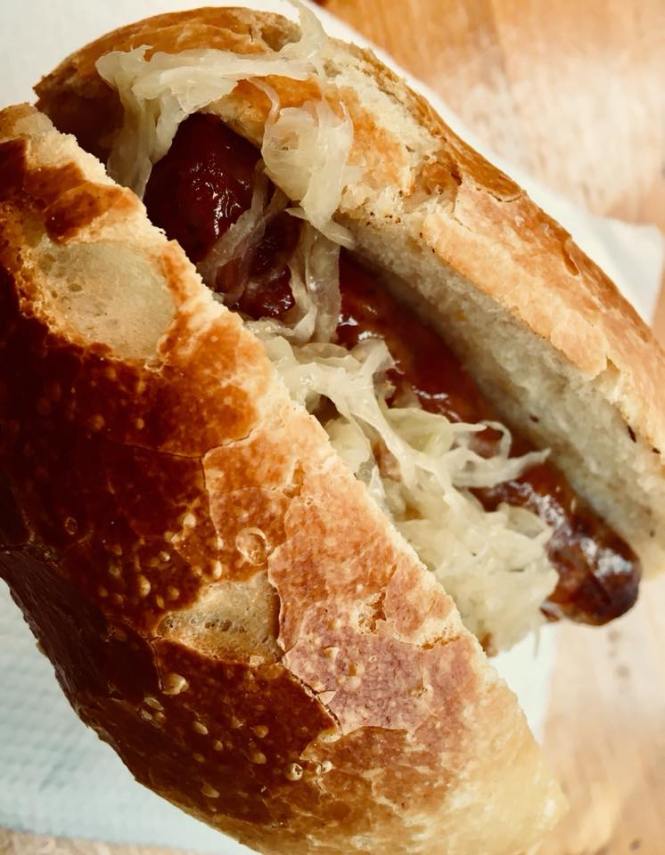 I arrive at Frankfurt Airport and check into the attached Sheraton Hotel, drop off my bags and go out in search for dinner and snacks to bring home. Since I’m in Germany, I picked up the obligatory pretzel and some cheese and sausage to snack on for dinner. I LOVE potato chips and always buy some in whatever country I’m visiting so I head to the market directly above the train platforms and purchase a large assortment of salty and sweet German snacks to bring home for my foodie family. Pro-tip: bring an extra-large heavy duty shopping or beach bag so you can stuff your purse inside as well as have room to bring souvenirs and snacks back. After I’ve procured all of my German yummies, I head back to my room enjoy my last night in Germany relaxing to a nice audio book. 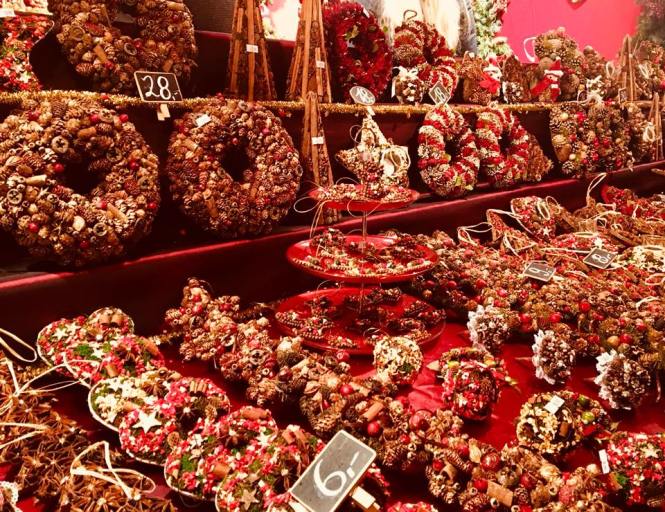 My flight back to San Francisco isn’t until 1pm so I’m able to sleep in a bit. I check out about 10am and walk across to the international terminal and since I only had a carry on, I bypassed the long lines to check-in bags and went straight to security. Unfortunately there were only two border agents so it took about an hour to get through customs and another 30 minutes to get through security. Pro-tip: ALWAYS allow for extra time when traveling internationally, there were at least 10 people in line who missed their flight because they didn’t allow enough time to check in bags and get through customs. Once through, I grab a panini and bubble water and waited to board my flight.
I was lucky again and had an exit seat row with no seats in front so I had all the legroom! Since I needed to adjust back to Los Angeles time, I opted to stay up the entire nine hour flight to San Francisco and watched movies, enjoyed the food and snacks onboard. I landed in San Francisco, grabbed a quick bite and was back in Los Angeles by 8pm ready to climb into my own bed and head to work the next day. 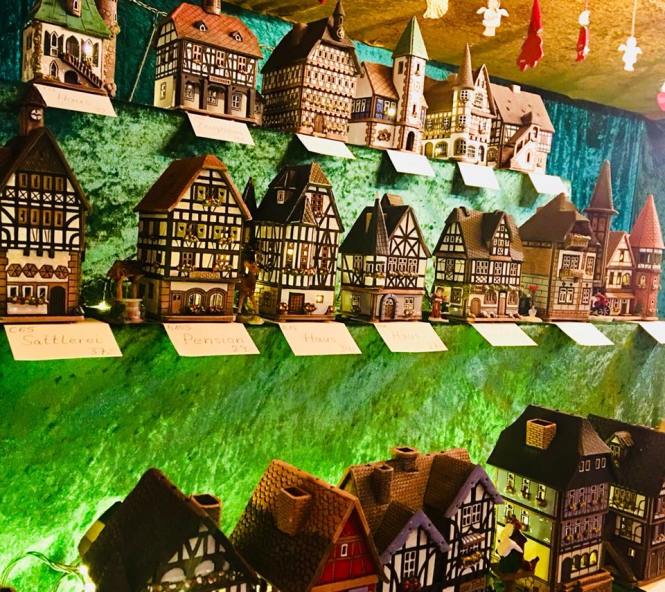 This by far was one of the easiest international trips I’ve been on and if you love Christmas (and who doesn’t) and history I highly recommend a visit to Nuremberg. There was lots of walking and stairs encountered but you can take your time, so I’d give this entire trip is a PSG rating of 3. I hope you enjoyed my Christkindl weekender, now get out there and explore!